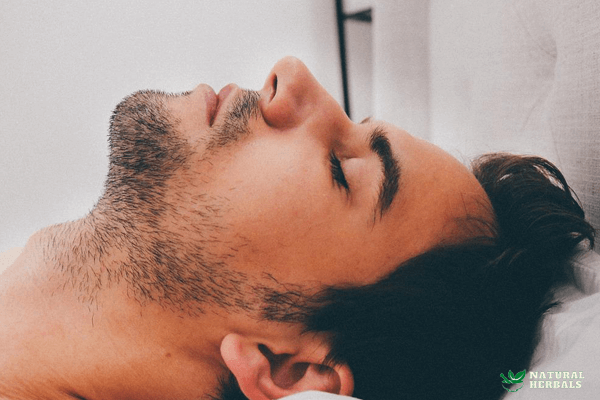 Problems with insomnia affect a growing number of people. Fast pace of life, irregular and often unhealthy meals and lack of physical activity are some of the most frequently mentioned factors affecting the quality of our sleep.

Since prescription sleep medications are characterized by strong effects and even the possibility of developing an addiction, many people are looking for more natural alternatives. One of these is over-the-counter sleep herbs. Learn which medicinal plants can provide a restful night’s rest from the following article.

Herbs for better sleep are, for the most part, the same resources that are used to relieve symptoms of anxiety and excessive irritability. They mainly include plants rich in essential oils, such as lemon balm, chamomile and lavender.

Most natural remedies for sleep have a mild sedative effect without causing drowsiness. Therefore, they will work especially well if the problem of insomnia is not too severe and results from the tension and irritation that accompany us during the day.

Effective herbs for insomnia in the form of properly formulated blends may show a faster or slower effect (e.g. after a few days of use), which depends on individual predispositions.

Herbs for a Good Night’s Sleep

The list of herbs for sleep opens with Valerian (Valeriana officinalis L.), which is popular valerian. Its name comes from the Latin valere, which means to be healthy.

Several groups of active compounds are responsible for the medicinal activity of valerian roots, mainly ester iridoids – valepotriates, essential oil and flavonoids. It is worth noting that fresh rather than dried material is definitely more valuable as valerian degrades as a result of drying. Fresh valerian can be used for making e.g. tinctures.

Valerian root is the best-studied plant sedative and is a common ingredient in herbal blends for sleep. Its chemistry and effects on receptors in the central nervous system are now quite well understood.

Trefoil preparations are particularly recommended for moderate insomnia and difficulty falling asleep, as it has been shown that, depending on the dose, they have the ability to release melatonin – the sleep hormone that regulates our daily “biological clock”.

As some studies indicate, the sedative effects of valerian root preparations are so effective that they can successfully replace synthetic and rapidly addictive benzodiazepines in the treatment of excessive nervous agitation.

In addition to being a valuable herb for stress and better sleep, valerian is also a resource that is helpful when dealing with nervous disorders of the gastrointestinal tract, as it exhibits a relaxant effect. It is not recommended to use herbs for sleep with valerian root during pregnancy, while breastfeeding and under the age of 12.

Another herb often found in herbal teas for sleep is lemon balm (Melissa officinalis L.). It is used in medicine mainly for its sedative properties, although traditional medicine indicates its wider application and recommends it as an herb for headaches, especially if they are of tension character. While not as potent as some herbs for migraines, if stress is a headache trigger, it can be helpful.

The results of studies indicate that the active components of lemon balm contained in the oil may have an inhibitory effect on the activity of MAO-A enzymes. Such action results in an increase in the concentration of certain neurotransmitters, including serotonin and dopamine.

While alcoholic extracts of lemon balm leaves (e.g. tinctures and intakes) have the strongest sedative effect, infusions remain the most popular form of lemon balm consumption. A tea made from lemon balm for a better night’s sleep is particularly useful if the insomnia problem is not too severe. Similar to valerian, lemon balm should not be used under the age of 12.

Herbal mixtures for sleep may also contain hop (Humulus lupulus L.), which is also an essential oil, or passionflower (Passiflora incarnata L.). Unfortunately, in the case of the latter, it is not entirely clear what components are responsible for the sedative effect. Passionflower herb is recommended for nervous sleep disorders and anxiety, combined with an irregular heartbeat.

When considering what herbs are best for sleep and relaxation, you should also consider those with adaptogenic effects. Although adaptogens, such as Rhodiola and ashwagandha, tend to be associated with herbs for energy, their regulatory effects on the entire body also translate to improved sleep quality.

Of course, this is largely related to increasing stress resistance and lowering the production of cortisol, known as the “fight or flight hormone” or stress hormone.

Some herbs that make it easier to fall asleep can be used for children. An example of such a plant is common chamomile, which is used as an allergy herb and psoriasis herb. Infusions made from it cause a gentle calming effect.

Since the raw material is considered safe for use from the first months of life, it can be given to the youngest children, preferably in the form of diluted infusions. It is believed that the effect of chamomile on insomnia is related to, inter alia, with spasmolytic activity.

In addition, it has been shown that the apigenin contained in the raw material has the ability to bind to the same receptors in the brain as the popular psychotropic drug for sedation – Xanax. In addition, lime is a safe herb for sleep for both children and adults .

Linden tea has a wide range of effects.

It owes its sedative properties to a compound called farnesol, which is one of the ingredients of the oil in linden. In addition, linden is also a mucus material, so in the form of infusions, it will be perfect for hoarseness and cough. Therefore, if you are wondering what herbs to use for a sore throat, linden will certainly be a good solution.