Home News Can Your Choice of Sweeteners Kill You? 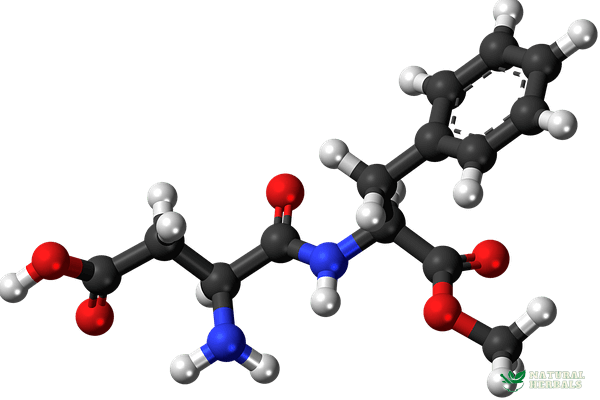 According to Dr. H.J. Roberts, it sure can.

Aspartame is a true poison. It is a neurotoxic product that can cause more than 92 symptoms of illness. This additive should never have been allowed.

Health risks include: headaches, dizziness and nausea, and it contains phenylalanine. Comprehensive information Despite health experts’ claims to use this sweetener to lose weight or avoid sugar, this additive should never have existed.

Aspartame was discovered in 1965 by an American chemist during his search for new drugs to fight ulcers. PKU patients (metabolic disease) are at especially high risk. This is a rare genetic disorder (present at birth) in which the body can’t break down phenylalanine, an amino acid found in many foods (and in aspartame).

As early as 1973, independent researchers demonstrated that Aspartame affects the nervous system and is carcinogenic. Yet in the 1980s, with the help of large investments, it was introduced to the market. Thousands of products contain Aspartame, with the addition of light and without sugar. In addition to the billions that this additive has made, this synthetic sweetener has as many as possible 92 side effects.

The FDA (Food and Drug Administration) recognized this list of side effects twenty years ago, and an ADI was established: the amount you should be able to ingest daily without causing danger. I believe that the fact that an Acceptable Daily Intake should be established indicates danger.

In many parts of Europe, Aspartame has been replaced with Sodium Cyclamate, which is 50 times sweeter than regular sugar, and has it’s own set of side effects. In the US, the FDA banned this chemical.

In 2009, an article was published with study results by Dr. Juan Manuel Aparicio Rodriguez, a geneticist and pediatrician affiliated with Nino Poblano Hospital. Research showed that light products, which contain E951, can cause more than 200 diseases, including

To name a few.

He also confirmed that aspartame increases appetite. In addition, the Italian doctor Dr. Soffritti has shown in a study that there is a link between E951 and cancer. Despite this, the white snow is still the big magic ingredient in numerous supermarket products, including organic products. The manufacturers are dead set on not changing the composition of their products and you could call that dramatic.

Table of Contents show
1 Research published as recently as 2021 shows new evidence for causation.
2 Side effects:

Research published as recently as 2021 shows new evidence for causation.

These new findings confirm that aspartame is a chemical carcinogen in rodents. They confirm the very worrisome finding that prenatal exposure to aspartame increases cancer risk in rodent offspring. They validate the conclusions of the original RI studies.

Dr. Roberts M.D., author of the book “Aspartame Disease: An Ignored Epidemic“ said in a documentary:

which, once swallowed, converts to the highly toxic methanol, which then converts back to formaldehyde, (which is) as toxic as cyanide and arsenic, to formic acid and to diketopiperazine. All of which are substances that can cause brain tumors.

and sometimes in lesser cases:

In addition, Aspartame can cause heavy metal poisoning because it belongs to the family of excitotoxins, meaning that it can break down neurons in the brain bit by bit, destroy the nervous system, and then affect other organs.

Introduced into the brains of laboratory animals, it had the effect of greatly increasing brain growth as nerve cells multiplied unusually rapidly. So that could just as well apply to children’s brains. It is not certain, but it could be. Aspartame is one of the exitotoxins.

That is, it is a substance that comes from outside, is not natural, and can agitate the cells of our brain, breaking them down slowly but surely. As a result, our nervous system can also be affected, and with it other organs. So without knowing it, we can be victims of E951 for a long time, because it is not recognized as a source of all kinds of diseases that it has indirectly caused.

Try it out. Try to avoid aspartame for at least 60 days, the best way to do this is to prepare everything you eat yourself. Eat healthily and drink a lot of water. You will see that a number of symptoms suddenly diminish. As soon as you notice this, resolve never to ingest the substance again.