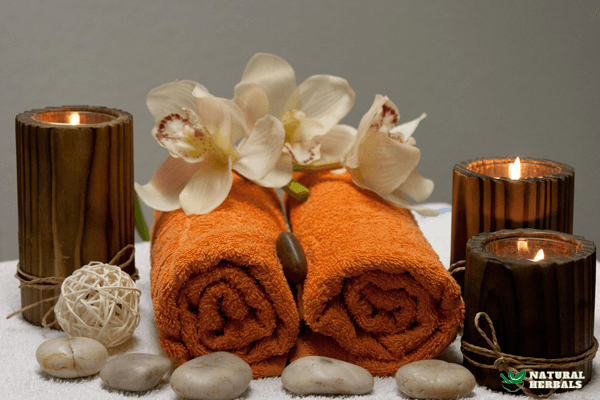 Most people may have heard that we increase endorphins by exercising. Running is known to cause what is called a runner’s high. But there are a lot of other ways you can increase endorphins in your body. In this article, we are going to discuss a few of them.

Endorphins can be compared to the body’s ‘self-produced’ painkillers. The origin of the word comes from a very well-known painkiller, morphine.

Literally translated, the word endogenous morphine means essentially the body’s own morphine. They are chemicals that make us feel good. They reduce pain and will help influence the negative effects of stress in the body.

As already mentioned, most people know that by running we can cause more endorphins to be produced. Runners, therefore, experience a kind of intoxication. It is the high level of endorphins that are doing their work here. However, when we are dealing with an endorphin deficiency, just the opposite feelings will surface.

With a lack of endorphins, we feel anxious, scared, depressed, experience a lot of stress and have little desire to do anything. We become more passive and it becomes increasingly difficult to participate in active exercise. We simply don’t feel like it.

While exercise may prove to be the most powerful tool. Yet there are many other ways we can increase endorphins. In fact, we hardly even have to make an effort to do so.

Think about laughter for example. When we laugh we automatically become happier. Even if we are feeling very stressed at the moment. Laughing causes an increase of endorphins in the brain. Without physical exertion, without using drugs, supplements or other substances.

Sunshine is another important example. Staying in the sun will bring about a lot of change. We make more vitamin D, we make more serotonin, dopamine and also endorphins. Scientific research has shown that people who sunbathe regularly also automatically feel happier than people who think it is just a waste of time.

Minerals that are important in increasing endorphins are primarily zinc.

Zinc is a very powerful mineral, not only will it fight stress by counteracting cortisol. It will also counteract the aromatization or conversion of male hormones to female hormones. This is also important for women because they also have testosterone.

Too much aromatase will result in too much estrogen with all the consequences. Women get difficulties with menstruation. That menstruation may even be completely absent or disrupted. There may be heavy blood loss. The ovulation may fail to occur. And many other problems can occur in women when estrogen levels are too high.

For men with too much aromatase, problems such as impotence can occur. Too much prolactin can be produced causing male breasts. And while this can be a problem, especially for older men, younger men can also experience this.

Another mineral is iron. This will mainly ensure better production of red blood cells. This releases more energy and also allows more oxygen to be transported through the body. An iron deficiency will irrevocably lead to a passive lifestyle as a result of fatigue.

Vitamins B, C and D

Of the vitamins, we see especially that vitamins B, C and D are of importance here. About vitamin D we have already briefly discussed. When we stay in the sun, the skin makes vitamin D in the summer. In winter the skin will also make vitamin D through the sun, but these values are too small to have any influence.

Vitamins B play an important role in our digestion, supporting the liver and regulating metabolism. So they will automatically help to provide energy. More energy means feeling better so also more endorphins.

Vitamin C and cortisol work against each other. They also deplete each other. When we take in more vitamin C, less cortisol will be produced. When more cortisol is produced there will be less vitamin C in the body.

The best foods to increase endorphins are:

A few adjustments in our lifestyle can already make a big difference in the body’s endorphin production. Taking time to relax is of great importance here.

When we are too busy we automatically build up more stress. Whether we want to or not. When we want to increase endorphins it is important that we take time to relax. This can be done alone or with our partner.

Any relaxing activity naturally increases endorphins in the body.

Mucuna pruriens is an herb from Ayurveda, or Indian traditional medicine. The plant has a number of important magical components. Among them, we find levodopa. Levodopa is a substance that, among other things, will help to stimulate neurotransmitters. Among these, in particular, is dopamine. But the drug will also increase endorphins and thus fight stress.

Due to its mildly stimulating effect, it is not recommended to use mucuna pruriens supplements in people suffering from schizophrenia or bipolar disorder. Because it would counteract the effect of the medication.

Withania Somnifera or ashwagandha is another herb from Ayurveda. It is used to improve physical and mental well-being in people, among other things. The herb has tremendous properties including increasing endorphins. Because ashwagandha is the most powerful herb to lower cortisol, we automatically get an increased production of endorphins.

Ashwagandha can be used to sleep better or to balance hormones. In addition, it is one of the most powerful anti-anxiety drugs, comparable to Lorazepam.

Thus, although the herb has a relaxing effect, people who use it do not get tired of it. On the contrary, it will just help combat fatigue in people who suffer from stress through the supplement.

Roseroot is mainly taken by people to combat fatigue. But roseroot, like ashwagandha, will also help stimulate neurotransmitters. Although serotonin will be stimulated slightly more through roseroot, we also see a significantly higher endorphin in people in those who use it.

When you use rose root it is better to do so in the morning or early afternoon. In contrast to the relaxing effect of ashwagandha, rose root is more stimulating. This can lead to sleeping problems if you take the supplement too late.

Increasing endorphins is just a matter of making some adjustments to your current lifestyle. Most of the time stress builds up because we are dealing with too much stuff or we are just trying to do too much at once.

Maybe it’s time to relax and take a little more time for ourselves. Endorphin deficiency is linked to too much stress and not enough relaxation anyway. Using herbs that increase endorphins, or eating foods to be able to increase endorphin levels will certainly and surely provide a quick solution to this problem.

Nevertheless, we should keep in mind that we cannot use these resources forever. So we need to plan better, where there is more room for relaxation and letting go of stress. 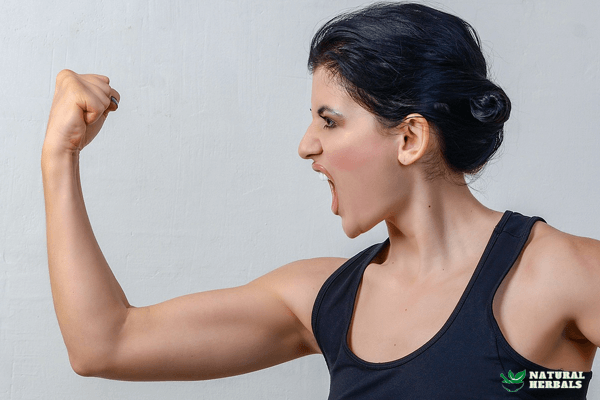 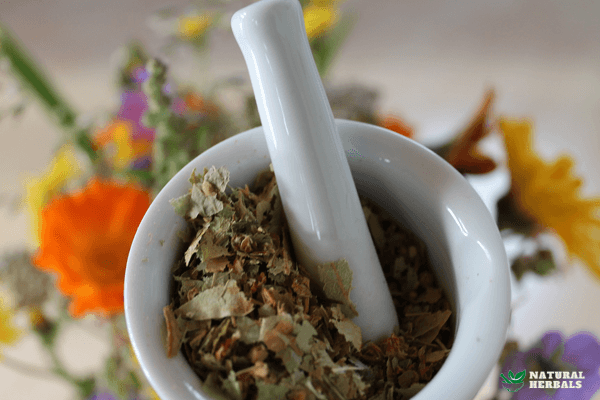 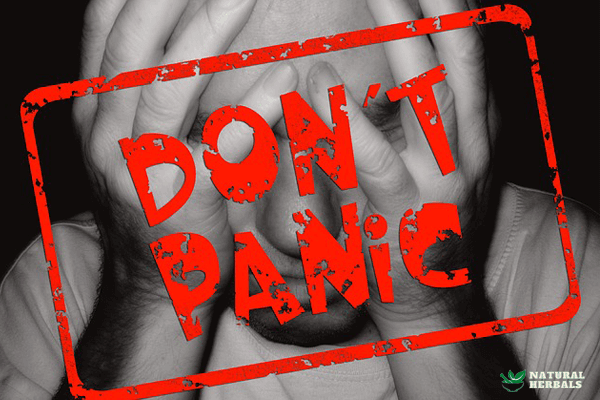 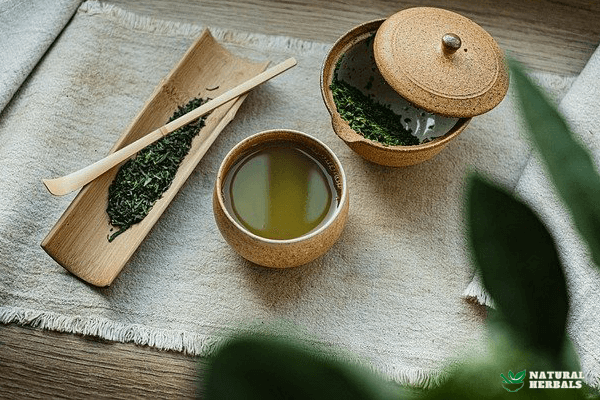 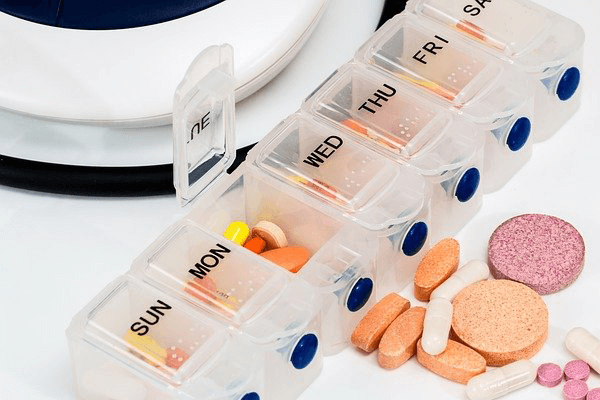